On Capitol Hill, IAM General Vice President Jim Conigliaro pledged the IAM’s ongoing support to pass the Keep Our Pensions Promises Act (S.1631), a bill that would protect the pensions of current retirees.

IAM General Vice President Jim Conigliaro, along with many members of Congress and labor and community leaders, spoke on the steps of the U.S. Capitol in support of the Keep Our Pensions Promises Act, a bill that would protect the pensions of retired workers.

“The IAM will stand with you every step of the way to make sure you get every dime of the pension you paid for,” said Conigliaro. “Pensions are an obligation of companies to take care of their employees and it’s the difference between living with dignity or struggling with poverty.”

One by one, speakers pledged support for the retirees who had assembled at the rally and for bill that would restore pension protections for retirees in “financially-troubled” multiemployer plans. A Republican led Congress quietly took those protections away in 2014.

“A majority of the people who served [in Congress] did not keep their promise to you,” said U.S. Rep. Marcy Kaptur (D-OH), a co-sponsor of the bill. 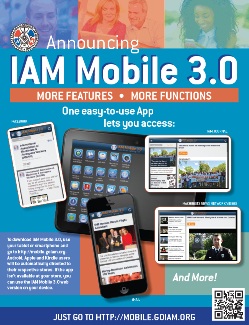